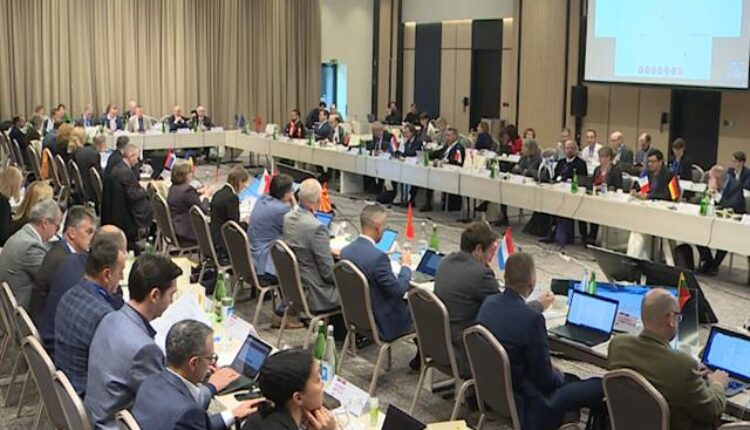 The biggest meeting of the regulators for electronic communications at European level has started today in Belgrade - the two-day 42 Plenary meeting of the Body of European Regulators for Еlectronic Communications (BEREC) and the General Assembly of the  Independent Regulators Group (IRG).
More than 30 countries attend the meeting and they discuss, among other topics, the security of the use of 5G networks and the abolition of roaming in the Western Balkans.
"There should be no roaming charges in the region from the middle of the next year, and the next step is to consider the full abolition of roaming between EU countries and our region, firstly at the political level, and then at expert level," said the Director of RATEL before  „Tanjug“.
"The process of reducing the price of roaming in the European Union took almost 10 years to come to a situation of no roaming between EU countries", Mr Tintor explained, who recalls that Serbia, following the European methodology to remove roaming between EU Member States, has reached an agreement on price roaming - first lower and then abolished in the region.
The country that presides BEREC this year is Sweden, and the Chairman of the organisation and Director of the Swedish Post and Telecom Authority (PTS) Dan Sjöblom told before „Tanjug“ that they support the initiative to end roaming in the region, as well as between the region and the EU.
"We are aware of the initiative that is present in the economies of the Western Balkans. Of course, we cannot currently give you the exact dates, but we support each other and go in this direction", said Dan Sjöblom.
The representatives of the participating countries in the Belgrade meeting indicate that one of the most important topics for discussion over the next two days is the issue of information security of 5G networks, as this technology is being introduced in many countries, including Serbia.
"These are the future networks that we expect in Serbia next year. A large number of people will communicate through these networks, but what is more important is that a large number of devices will communicate between networks and this is one of the innovations which 5G networks carry - communication of devices", explains the Director of RATEL.
He pointed out that it is important that operators providing services, as well as the users using them, to comply with all the requirements of the profession and regulators in order to avoid adverse situations.
Today, RATEL signed an agreement for cooperation with the Belgian Institute for Postal Services and Telecommunications (BIPT), which, according to Tintor, will further strengthen the cooperation and the exchange of experience with the Belgian counterparts, the country that presidencies BEREC next year.
After Norway in 2015, this is the second time since the meetings of the organisation have been hosted by a non-EU country.
The International Roaming Benchmark Data Report on Western Balkan, the Guidelines on very high capacity networks, as well as the Guidelines detailing quality of service parameters of Internet access services provided to end users are among the topics to be discussed during the two-day meeting.
Quoted from: www.krstarica.com